The Delhi Police has arrested a gang from Janakpuri area for stealing wires to the tune of Rs 10 lakh. 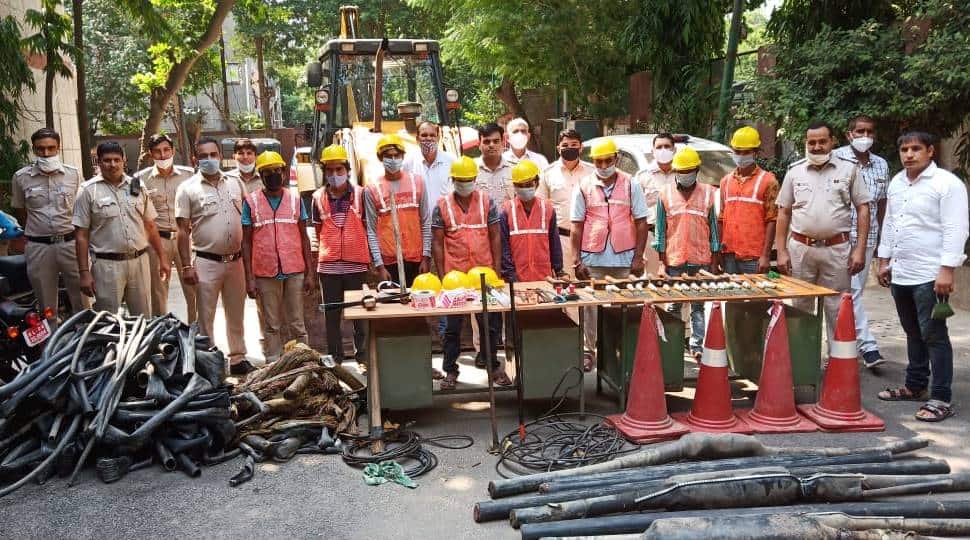 The eight-member gang used the JCB machine in broad daylight to carry out the loot.
The gang excavated an MTNL site in Janakpuri area using a JCB machine and cut an underground cable of around Rs 10 lakh.

Then they extracted copper from inside the cable, and sold it in the market.
To reduce suspicion, the gang thought of a plan so that they could carry out the robbery without any doubt.

Their leader kept a copy of a fake letter or order from MTNL, which was allegedly allowed for digging.

This was done to ensure that no one had inquired about the excavation.

All the accused dressed appropriately, following all the necessary security norms and carried out the action.

The leader of this gang, Azharuddin is a criminal, he has done three similar robbery incidents in the past.

All the accused arrested are originally from a village called Taran, Bihar. Azharuddin had gathered everyone and included them in the dacoity.

Police have recovered copper wire worth Rs 6 lakh from them.